Just a girl who loves to read.

Shadow of the Fox by Julie Kagawa 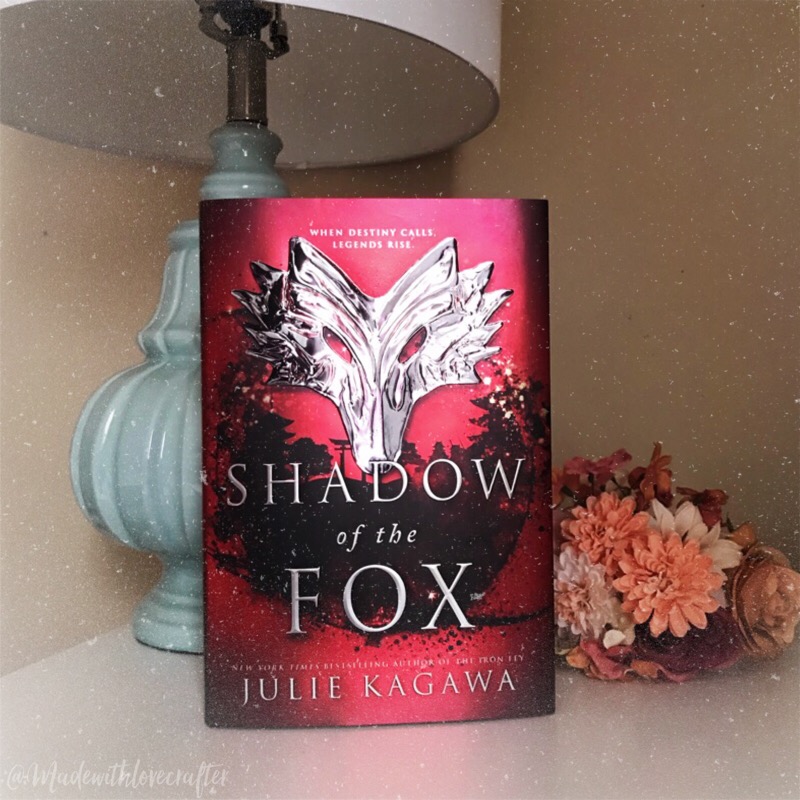 Shadow of the Fox is a YA Fantasy revolving around Japanese mythology. It is the story of Yumeko, a young kitsune ( part girl-part fox) who is thrust into a mission to protect the scroll of a thousand prayers. When she meets a man claiming to be a samurai named Tatsumi who is after the scroll she is trying to protect, she has to keep a secret that could destroy her. If the scroll winds up in the wrong hands the great Kami Dragon may be unleashed again. This story is full of Japanese culture, adventure, and mythical creatures.

I gave this book 4.5 stars. The storyline had me hooked from the beginning. It is told from a dual first person perspective with the two main characters, Yumeko and Tatsumi. Yumeko is a young girl raised in a temple full of monks. I love when a character really grows and learns throughout a story and she did just that. In the beginning she is naive and unsure of the outside world but by the end she is starting to find herself and her path.

Tatsumi was my favorite character in this book. He is very strict and business-like, but we start to see a shift in him as the story progresses. There is still a lot we don’t know about him and I’m hoping we get more back story for him in the second book.

The interaction between Yumeko and Tatsumi was a slow burn romance that kept me wanting more. They are both keeping secrets from each other throughout the story and at times you can’t really tell if they like each other or not, but the undertone of romance and attraction is definitely there.

I chose to listen to the audio book and I’m glad I did! There are a slew of Japanese words interwoven into this story and it was nice getting to hear them pronounced correctly. The story seemed to move quite slow, but it worked! We were introduced to so many cultural things throughout, that it helped to have a slow pace to keep things straight.

The main reason I couldn’t give this book 5 stars is because I felt like the ending was left too open. That’s not necessarily a bad thing, but for me I had invested over 400 pages of reading into this book and I just needed something to be resolved towards to end. Of course this means I’ll be reading the second book, because I need to know what happens!! So maybe that was a good move by Julie…